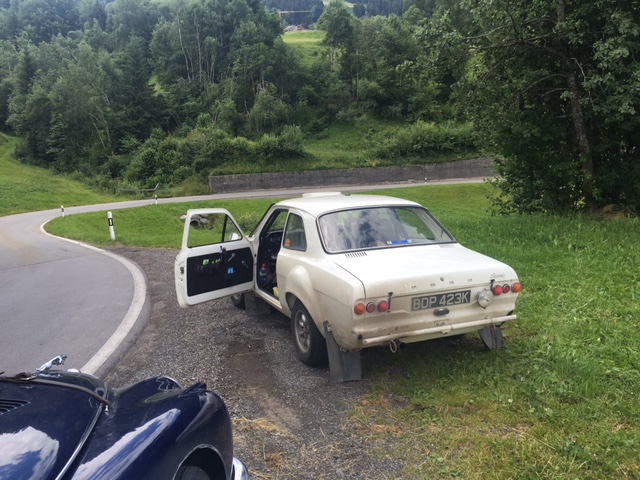 The planned route from St Moritz was impassable so a late change had us heading over the Julier and Oberalp passes towards Andermatt – sadly lunch was not arranged at the Chedi. There was a small track test in the morning and more cones to slalom around but with survival in mind and an increasingly insistent squeaking coming from the rear suspension and brakes and pretty much everywhere we took the lap very cautiously.

We caught up with Nigel and Steve who had stopped for a quick photo opp and so decided to take a picture of England’s finest, well England’s finest and an old Escort anyway (the actual photo of cars and crews is on Steve’s phone so will appear later). In taking a pic of England’s finest, the one time we wanted the Mini to appear it of course didn’t!. 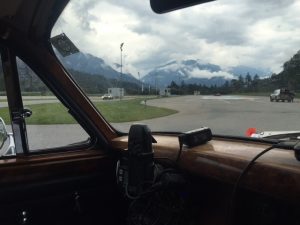 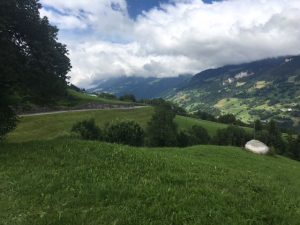