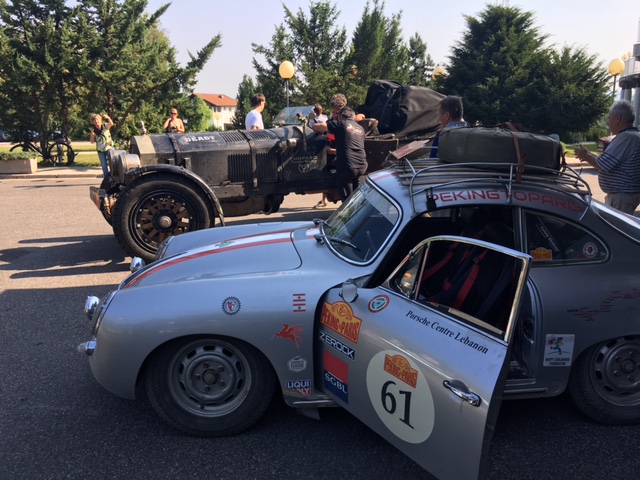 Waiting for their start times the 1964 Porsche 356C of Charbel Habib and Walid Samaha is dwarfed by the 14,500cc 1917 La France of Ingo Strolz and Werner Gassner. On the road we rein in the 1935 Alvis Silver Eagle of Richard Bowser and Paul Rivlin, another 356, the 1956 A of Tony Connor and Jill Kirkpatrick and the 1957 Chevy 210 of Jeff Urbina and Chris Pike.

We tend to be more amongst the classics on the road as the vintage cars set off at least an hour before we do and they don’t hang around, but it’s always nice to see one on the road even if from their point of view it means they have had a problem. Faster and better roads do mean that we are starting to catch up more regularly now.

Stages and other set pieces during the day do mix it up a bit and we are amongst the 40’s Americans and the 20’s Bentleys at some point on many of the days. The sheer diversity of machinery on show from the exotic to the more mundane, though still interesting on account of them just being old classic cars, is fun to see.

However, another swelteringly hot day does make me pine for AC. 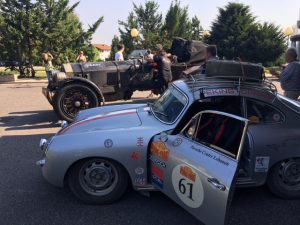 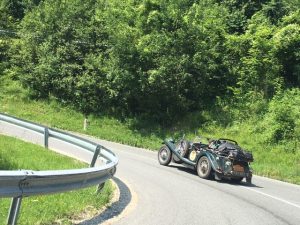 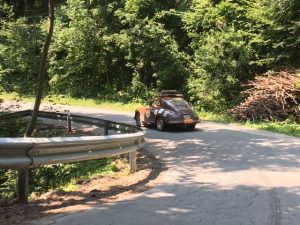 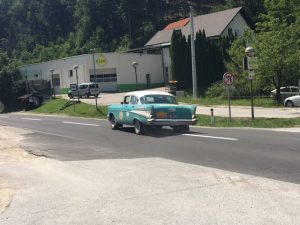