Day 31: Stages we can do without being overtaken! 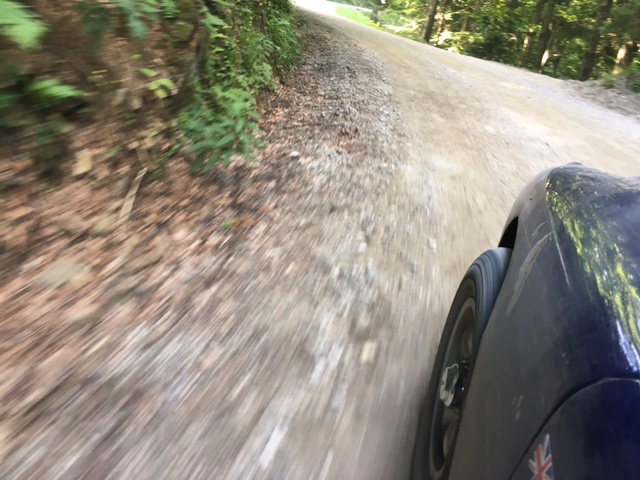 Three stages before a lunch stop that will also incorporate a fourth. As with Hungary and Slovakia the stages are on closed roads with police, fire crews and ambulances in attendance. But, while smooth, the gravel can be very slippery and the drops through the trees quite steep, The tarmac sections are on very narrow roads through villages and have blind, tight corners and dips and rather solid buildings in quite close proximity to the car. Though having suffered on numerous rocky and broken stage tracks these are stages that suit the Jag and we put up a good show.

The reports of the rally talk about the scenery, the adventure, the endurance but make little note of the danger. But as we approach the end the competition is still fierce, even for some fairly irrelevant mid table positions, and there are incidents daily. The roads are tricky and the cars are driving hard.

One of the Bentleys hits a tree in an early forest stage, nearly followed by one of the muscle cars,  a 240Z and a Merc execute some rather nifty and very necessary emergency braking having overshot tight corners in rather inconvenient places and another Datsun escapes a ditch by inches – and these are just the ones in and around us in the rally and just this morning.

Despite saying we don’t get overtaken there’s always a ****** Escort around! – here seen disappearing into the distance.

We should have a good reputation on the stages though, as if we are caught by a faster car we make every effort to get out of the way, as quickly as we can, to let them past – sometimes separated by a coat of paint as when Gerry Crown took the dust layer off the left hand side of the Jag yesterday. Not everyone does move and I’m not sure why. We can’t compete on the rough stuff and it’s no fun to have a car inches from your rear bumper when you are looking out for the next pothole so we prefer to let them go.  Mind you when one does overtake on the dusty gravel we lose another 30 seconds as the scene in front is a complete ‘white-out’ 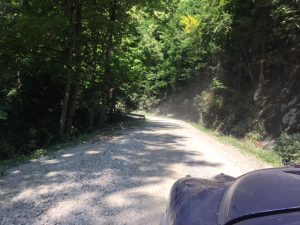 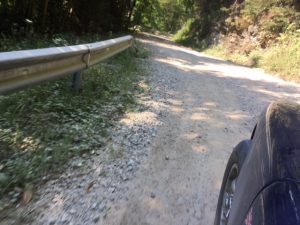 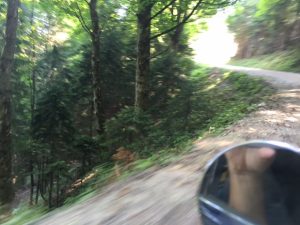 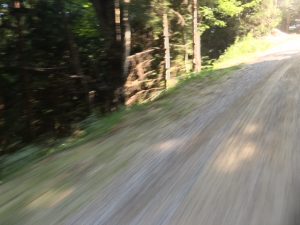 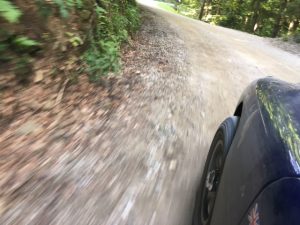 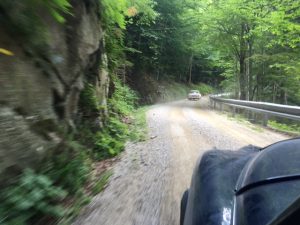