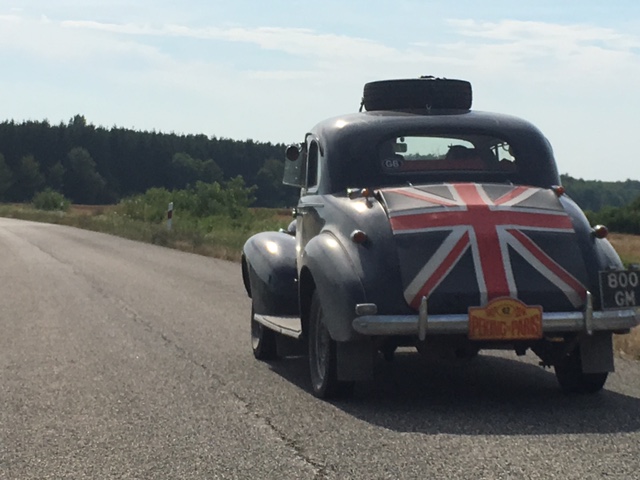 Another day another country as we head for the Slovenian border. Budapest was lovely but Hungarian drivers remind me of driving in Italy – they hang on your rear bumper and overtake manically everywhere. Our Italian competitors should feel at home here.

The Italians on the rally, in the many Alfa’s and one of the BMW’s, have been criticised amongst the non-Italian drivers as they tend to overtake anyone and everywhere and haven’t quite got the concept of queueing at the checkpoints and border crossings. I can get equally annoyed  but having driven quite a lot in Italy there is a national stereotype that they just cannot escape. Driving in Italy is more important than life or death.

As I mentioned the days in Europe looked to be easy but they certainly are not. The temperature reached 95′ this afternoon – outside – the temperature inside the Jag, with a 3.8 litre engine pumping out heat, was decidedly higher. Our stops today were not for fuel but for water. There were also 4 stages all in the morning – they were rutted and bumpy and so slowed us down and by the time we managed to hit the lunch stop the desire to reach the hotel was sadly far higher than the desire to join the many crews enjoying lunch overlooking Lake Balaton, the largest lake in Central Europe.

The Jag is enjoying the better roads and away from the special timed sections we can move at a good pace and actually catch up and easily overtake other cars!.. In this case the 1939 Chevy Coupe of Mike Butler and Georgie Machell. However, the instigation of a new trophy, the European Cup, means that we are still fair game for some of the faster cars on the rally such as the 1969 Escort Mexico of Simon Spinks and Jim Grayson. 10 – 15 years of car development and rally experience means that we are easily at the mercy of the late 60’s and easy 70’s Escort Mexicos and Datson 240Zs. 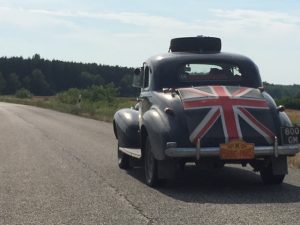 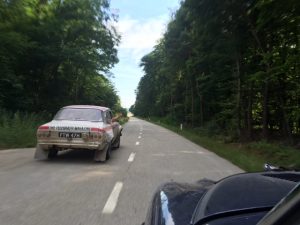