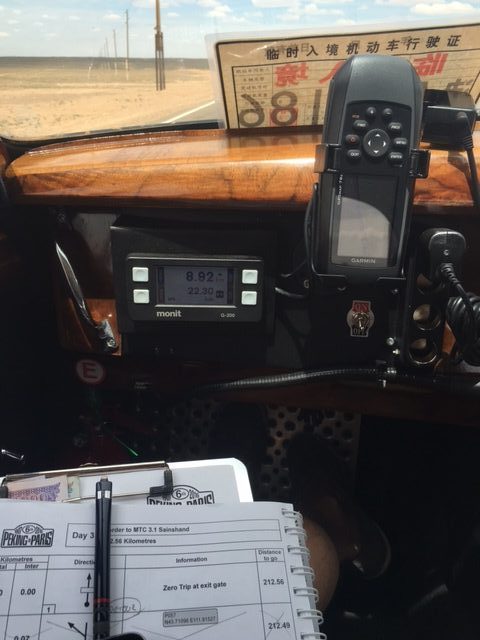 Matt and I are sharing the driving, starting with one day on and one day off but after the first rest day in Ulaanbataar we will probably switch at lunch time – the afternoon driver doing the next morning etc.

For the navigator following the Tulip charts (on lap) with the aid of the Monit trip meter (with the four white buttons) has been relatively straightforward on the roads. Once we head off-road we will also rely on the Garmin GPS unit (the upside down phone) which is a little more complicated – but the routes have been downloaded onto the unit and we just have to follow from one waypoint to the next, so hopefully not too tricky. The navigation in the desert is causing a little consternation in the camp but I am taking the view that they are a little like a scientific calculator in that I only have to worry about knowing a very small fraction of what the unit is capable of doing!!

We also have a GPS tracker fitted and a sat phone – and as you can track the cars on the Endurorally website everyone can see when we head into India rather than Russia.. so please call. 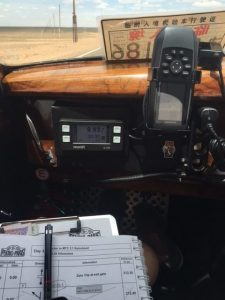