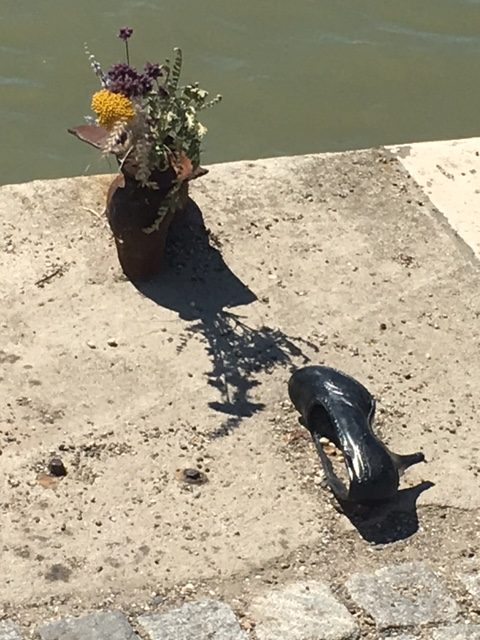 Beautiful as it is, everywhere you walk you are reminded of tragedy. The short stroll from the hotel to the Parliament Building passes the memorial to the Kossuth ter massacre, of anywhere up to 1000 unarmed civilians, by the Russians, on October 25th 1956 during the Hungarian Revolution. The reason the numbers are unclear is that the bodies were collected and removed from the square and disposed of by the Russian invading forces. The blackened steel entrance, bullet holed and with 1956 carved out of the steel, leads to a small and evocative underground bunker to commemorate the dead.

Just the other side of Parliament along the Danube is another powerful sculpture commemorating another fairly recent tragedy. ‘Shoes on the Danube Bank’ is to remember the Jews shot by fascist militiamen during WW2. They were ordered to remove their shoes by the river before being shot and their bodies fell into and were carried off by the river. 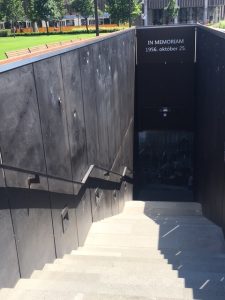 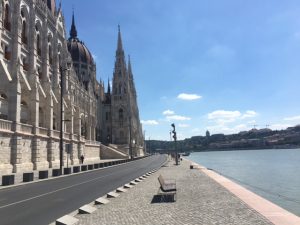 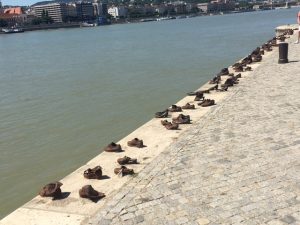 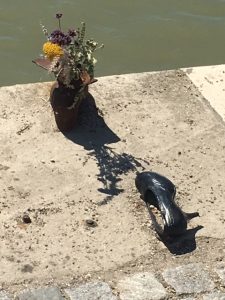