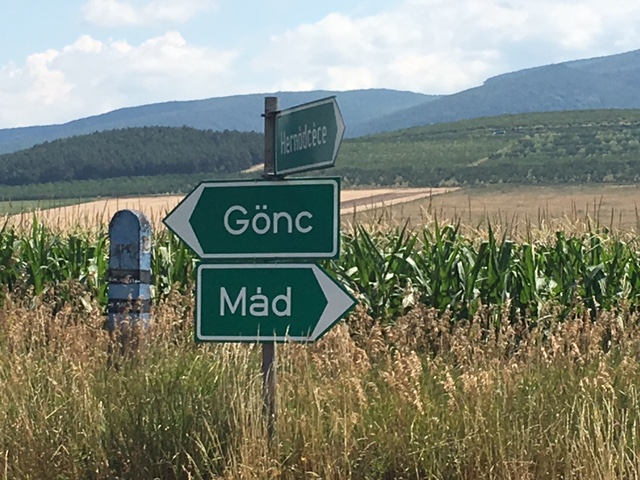 The road sign seemed apposite.. followed a few km later by a sign on a roundabout to a bright red local factory ‘Hell’ (an energy drink).

Today followed a similar format to yesterday in that we have a border crossing (from Slovakia into Hungary) and 2 timed tests on each side of the border. Not so accommodating as yesterdays first trials, todays are all through the forests and all to a greater or lesser degree on pretty broken tracks – though one of the afternoon trials is apparently on a section of the most famous rally stage in Hungary. We take them with a mixture of short spurts of acceleration, a couple of painful bangs to the skid plate followed by a bit more caution.

We also passed close to Hungary’s tallest mountain (Mt Kekes) and some of the day involved a very gentle practise for the Alps, running up and down some nice sweeping and then tightening bends. Also a test for the Alps was the speeding motorbikes taking the corners fast and with their heads angled close to the road and only seemingly inches from our front wing.

The day and the tests seemed to have more of an effect on the car than yesterday and a couple of reports of us burning oil from chasing cars was followed by a seeming loss of oil pressure after one of the afternoon stages. A couple of pints topped up the oil and seemingly cured the problem. Jags do burn oil and, while we haven’t done too badly so far, the constant braking, speeding up and changing gear of both the tests and the mountain roads is obviously increasing consumption.

We arrived in Budapest in Heroes Square and parked up a short shuttle bus ride from the Kempinski Hotel. The standard of accommodation is starting to reduce the ‘endurance’ aspect of the rally and a rest day in one of the most beautiful cities in Europe tomorrow will also help. 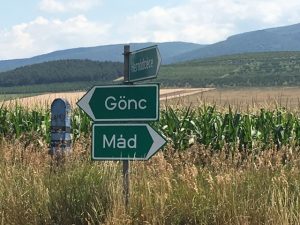 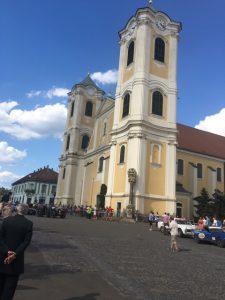 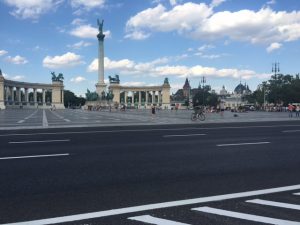