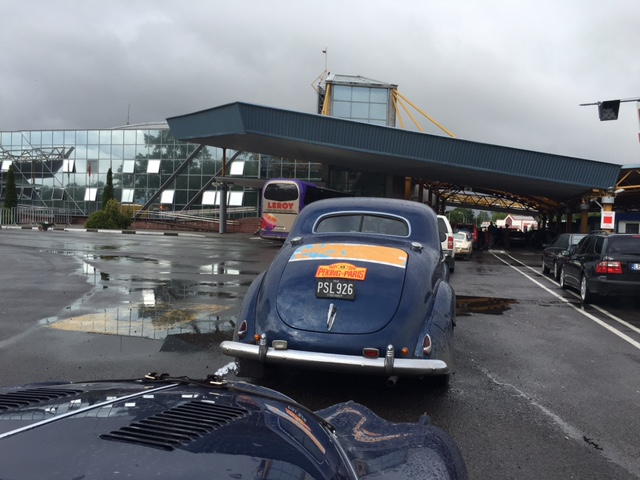 This’ll be quick – unlike the day. Although having left the hotel at 8am and be through the Polish border controls and on our way by 10.30am, I believe, is indeed actually very quick. Previous crossings have taken 9 hours!

After 2 hours, three passport checks and having opened the boot for 4 different customs officers at 5 meter intervals we happily started to accelerate into Poland celebrating our good fortune that the organisers had arranged for extra border guards and a dedicated line for P2P cars. 100 metres further on we actually reached the Polish border guards and realised that the 2 hours had been leaving Belarus.

Once really in Poland one endless village stretched into the rainy distance on what started as a very narrow road with a steep camber that meant moving over, from our position astride the white centre line, to avoid oncoming traffic risked grounding on the camber of the road. When the rain finally lifted the endless village sprouted the now usual groups of very excited kids cheering and waving us on our way.

We did check the rarely used map book to see if the chosen route was quietly running alongside some useful 6 lane highway but sadly the area of Poland from our border crossing to the city of Rzeszow, in the far South East of the country, is not well served by useful 6 lane highways. So, amazingly, this route was borne of necessity rather than some evil plan by ERA to wreck our cars. As a result the 290km ‘quick’ jaunt into Poland was not accomplished in time for lunch as we had imagined it might be.

The afternoon was made a bit more worrying by an intermittent misfire in 1st and 2nd and a knocking from the engine. This seemed to occur after a small bang and fizzing sound under the bonnet that squirted fluid through the bonnet vents and smeared the windscreen. Stopping, we could see the fluid (looked like oil but turned out to be greasy water) but not be sure where it was coming from. Having made it to the hotel car park one of the mechanics (Andy, who helpfully had prepped the car for us in the UK) diagnosed a loose hose dripping water on the distributor cap. The initial break in the hose caused the mini explosion and the dripping on the distributor cap caused the misfiring. 5 minutes and a jubilee clip and as good as new.

We are now in Europe proper, we can start to see Paris and realise it’s only 15 hours away (via a more direct route) so every  issue from now on is going to be even more scary than it has been so far. 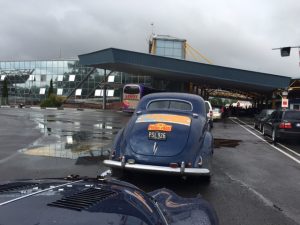 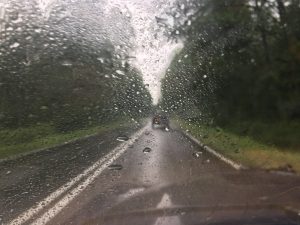