Day 25: Never tire of the welcomes 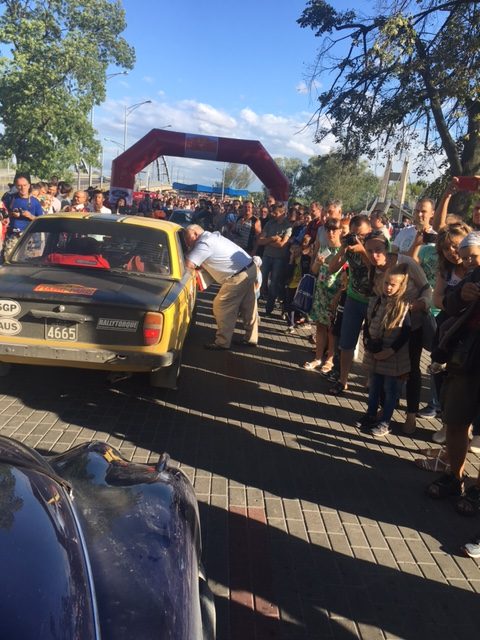 A welcome in Brest was arranged at the war memorial to the ‘Hero City’. The city was occupied by both Russian and German troops during WW2 and the memorial marks the site of the 1941 battle to defend the city.

While the photos are very similar, for which I apologise, I am amazed every time we arrive and see crowds 3 or 4 deep, waving, taking countless picture and asking for autographs.

We have a noticeboard that we much check every night, it gives start times for the following morning and other information that we need to know. It didn’t bode well that the board in Minsk actually warned of the state of the hotels in Brest. It was a warning that was well judged as the hotel in Brest was the type of building I would expect to be condemned. The ‘dead granny’ from the other day in Smolensk obviously had a pad in Brest as well.

Tomorrow (Thursday) no time cards or stages and a relatively short run (290km) to Rzeszow in Poland. I had originally written ‘simple run’ but as it involves a border crossing I thought best to change it. We are apparently leaving the hotel in groups and as we are in the 10am group we can luxuriate in the hotel that much linger. 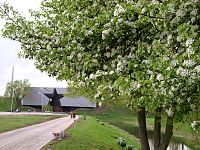 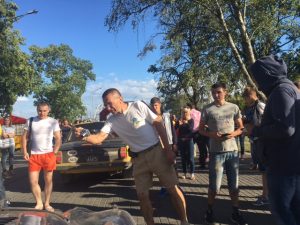 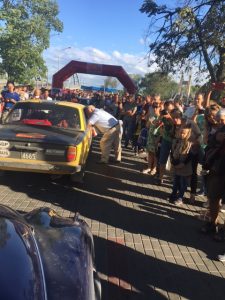