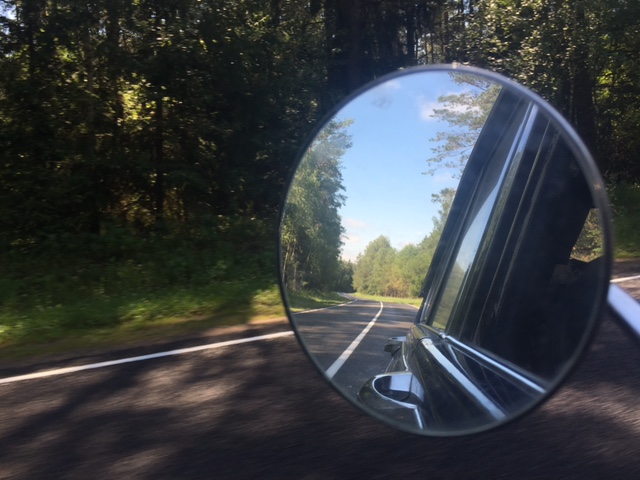 A day of off-road stages today. The police were in attendance (and with a fire truck) and had closed the roads  – so the locals were a bit safer than they were in Russia.  The morning session was 2 fairly short runs round a lovely graded gravel and sand course and the afternoon a longer, rougher and decidedly not so lovely stony and rutted farm track. After a reasonable first run on this we took a much slower second run to protect the car and became somewhat of a mobile chicane – though we did our best to pull virtually into the trees to let a bunch of much faster cars past.

We are only a couple of days from the rest day in Budapest and given the sagging rear springs and the lack of front shock absorbers (rear ones arrived instead of front ones at one of the earlier rest days) we have asked for springs and shocks to be fedexed to the hotel in Budapest. The Jaguar manual (and the mechanics) say that changing the rear springs is a relatively straightforward job as is the rear shocks so that should set us up nicely for the rest of Europe and the run into Paris.

Still lots of churches and without the majestic Mongolian scenery I am reduced to taking snaps of the passing scene in the side mirrors. Some of the drives can be pretty boring! 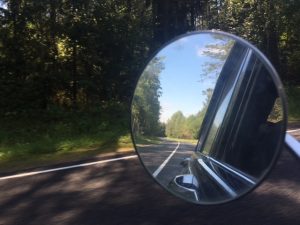 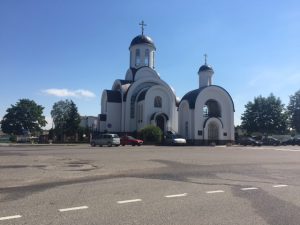 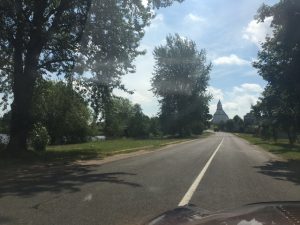 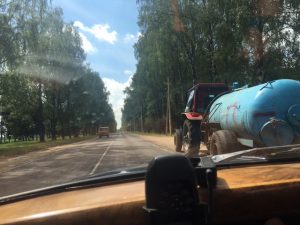