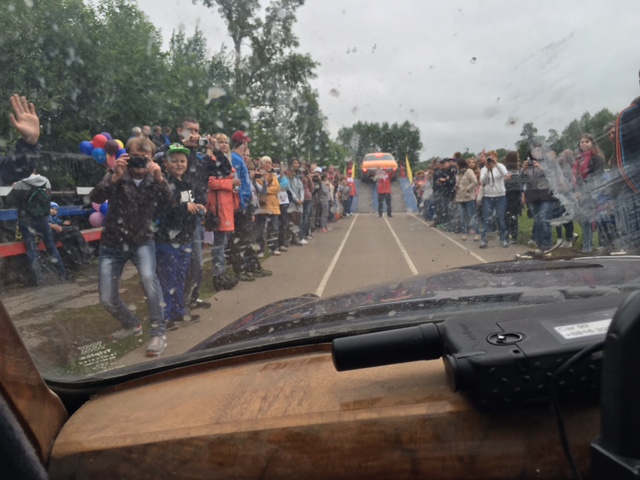 A late diversion had been asked for by the Chusovoy authorities but we were not expecting the reason why. Turning off the road towards the small athletics stadium we were first guided under an impromptu arch and then, post the video interview, we set off very slowly driving around the running track through crowds 3-4 deep. Both windows open we shook hands, high fived and signed autographs the whole way round. As we got close to the podium, where all the cars were announced over the loudspeaker, we guessed that we might end up pivoting on the top of the ramp if we attempted it, so took the more cautious route around the front.

We have spent most of the way through Russia, certainly through all the villages, waving at groups of locals standing by the side of the road, obviously pre-warned of the invasion of 100 carefully driven vintage and classic cars – and a few, obviously not pre-warned, who stare open-mouthed as a 1920’s Bentley, 1940’s Chevy and 1950’s Jaguar steam past their Lada in quick succession. 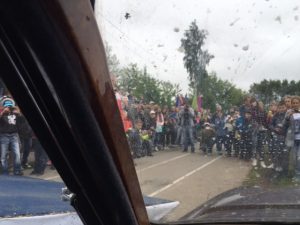 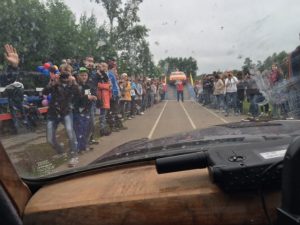 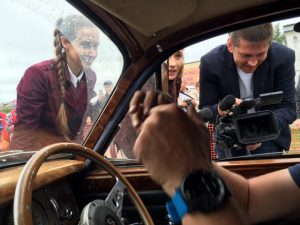 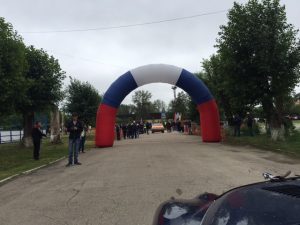