Day 18: Another day, another shock. 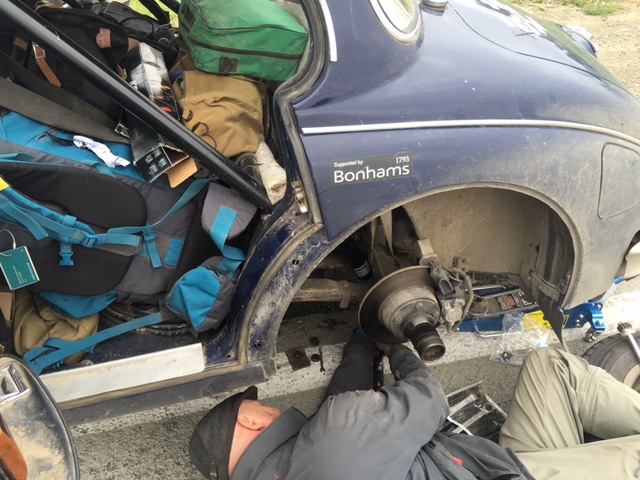 As if in complaint at the traffic it was not far down the line that the rear shock gave way. I was complaining that the guys from London brought over rear shocks instead of the front ones we needed in Novosibirsk but lucky for us we didn’t hand them back as we needed them today. We now have 2 original Jaguar parts on the front, a new Koni and the last of the ‘indestructible’ Ohlin’s on the rear.

Matt is now resembling Guido in ‘Cars’ in his ability to change shock absorbers and our ‘peet stop’ was remarkably brief. Thanks to the 4 cars that stopped to see if we were ok. I was signalling that we were to all the passing cars but we had stopped exactly at the end of (someone else’s) very long skid mark which made our predicament look far more dramatic than it actually was. 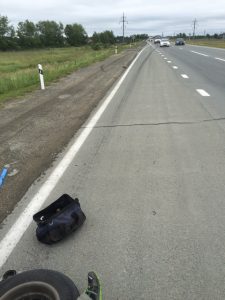