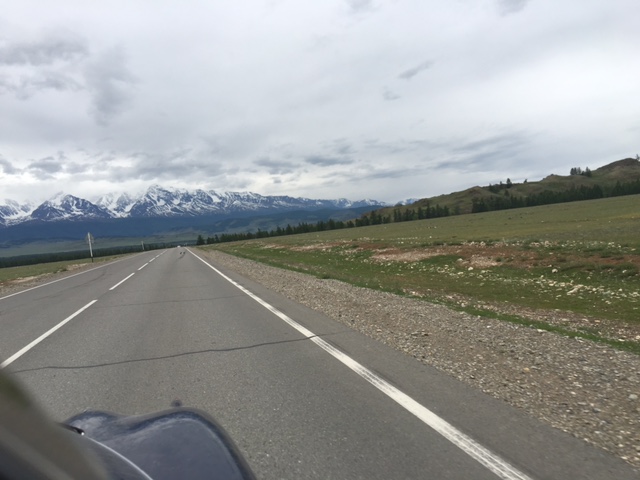 We are heading towards Aya and then the day after to Novosibirsk, third largest city in Russia (I did not know that) and effectively the capital of Siberia (I did know that). But in order to deserve our rest day it seems we have to work for it.

I drive the morning and my drive heads down the mountains on good tarmac – fun, but not helped by the constant scraping of tyre on wheelarch. Having had to replace the broken front ‘super shock’ with the original Jaguar part that we carried as a spare the other day Matt has now changed the other front shock back to the original Jaguar part so that the front matches. Sadly the front still scores the tyre and roads that we should excel in we are forced to take more slowly than we would like.

Matt’s drive in the afternoon incudes four consecutive time controls that require a full on approach that gets us to each TC bang on time but  has the Jaguar sliding sideways in the mud to do so. A hard driving day and we are glad to get to Aya. 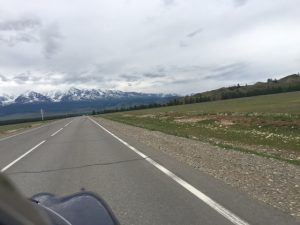