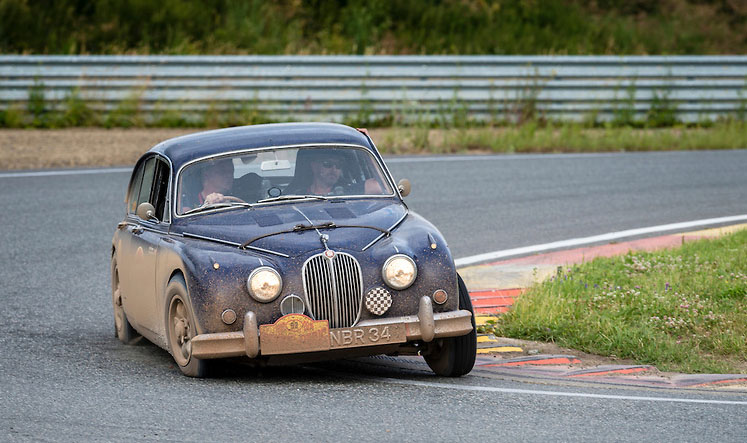 After a gruelling day we are presented with a few laps of the Kazan Ring and presented with a photocopied map of the circuit and having had a local official check that we were not about to lay a trail of oil on the circuit (nice to know that we weren’t after the day we have had) we are rashly sent out to play.  At this stage I am concerned that the Jag might rebel and not manage it but I am wrong.

Apart from my inability to get the first corner right – actually looking at the circuit plan may have been a good idea – the car holds up well and takes the corners with far more aplomb than the driver. In contrast to the rest of the day we are not overtaken on the track.

Once again my thanks to Gerard Brown for the Jag shot. 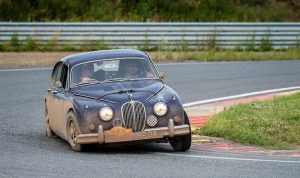 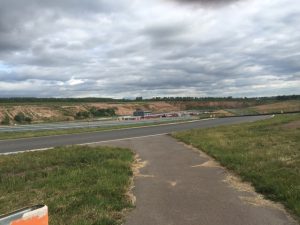 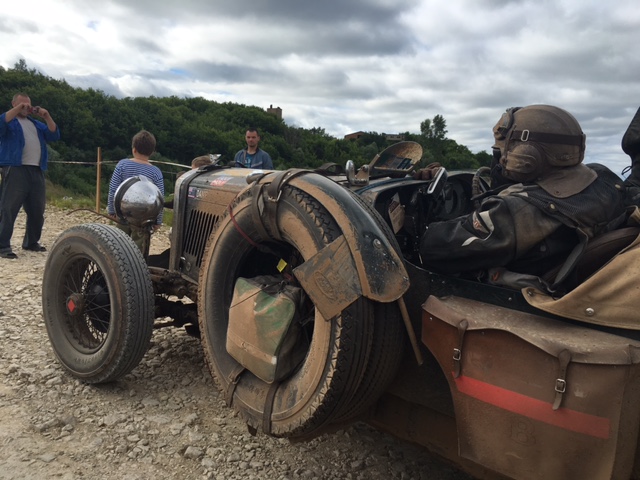 Day 19: The worst road in the world

.. and at the end of it (or the middle, I can’t remember already) we have to queue to pay a toll of 300 rubles. Suggestions of what the toll guys should actually be doing are held back and we pay and move on, slowly (pretty sure we are overtaken by every car on the rally this afternoon), as the soft and inviting mud and clay is now a distant memory and replaced by the latest lunar landscape to endure. 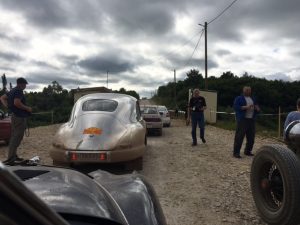 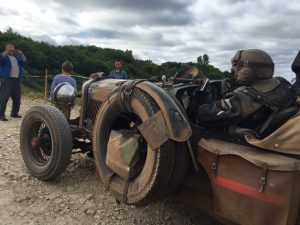 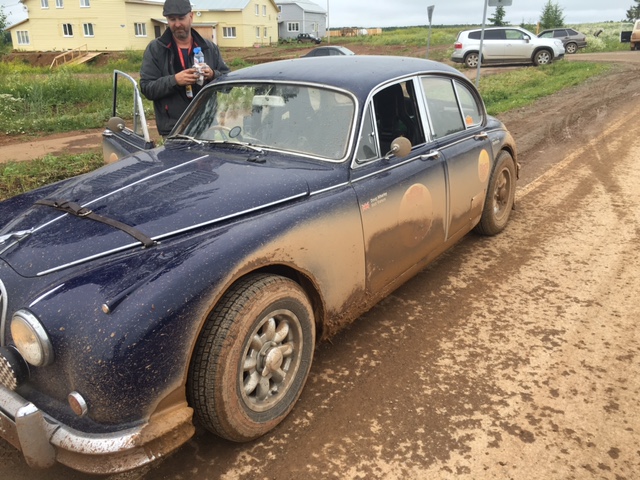 Day 19: The glamour of endurance rallying

The aftermath of the forest stages means that the any identification by door number is now impossible (not sure of Matt is drinking the water or planning to clean the car) and as we pull into a truck stop cafe for a passage check we can only wonder at the glitz and glamour of our chosen hobby. Formula One eat your heart out. 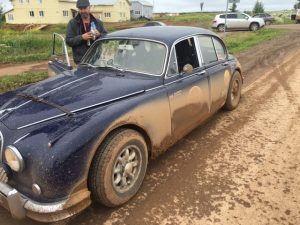 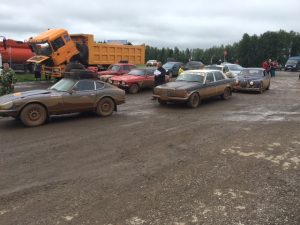 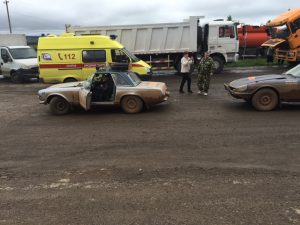 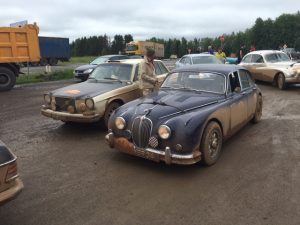 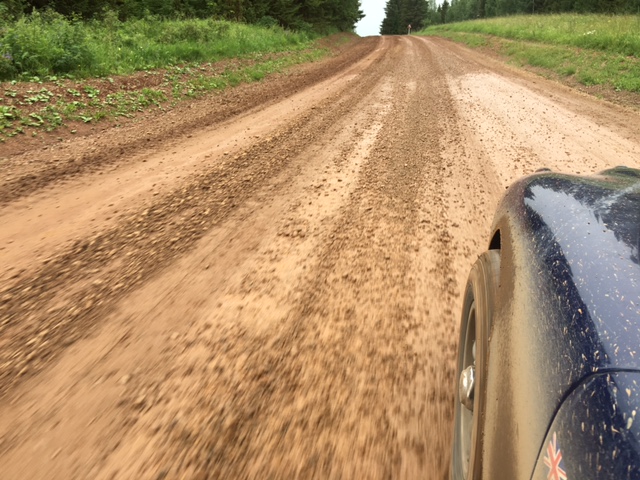 This was great fun this morning, three forest stage tracks in quick succession, exuberance noted by pretty quick times despite assurances that we were taking it easy. The surface of hard clay and mud made even more slippery by recent rains (see first image of nose not quite lining up with track!). It was however delightfully free of rocks (If I were ever to do this rally again the Jag would be on Monster-truck suspension and wheels) which meant that the speed was not going to cause imminent destruction if any remaining working suspension parts. 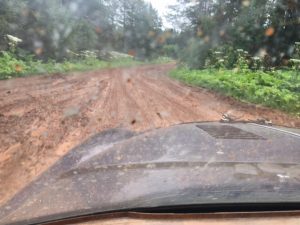 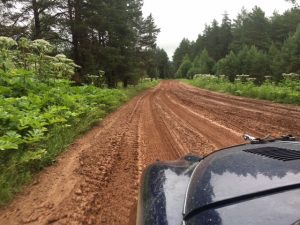 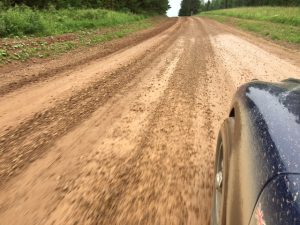 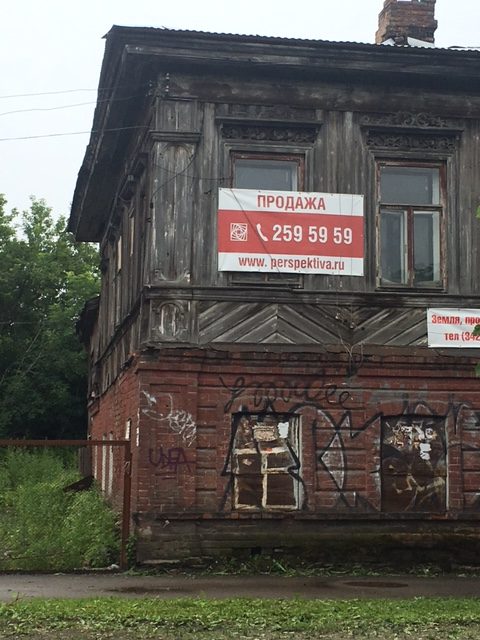 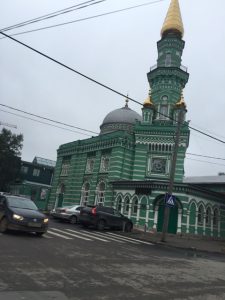 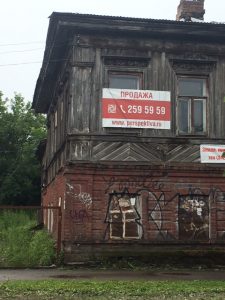 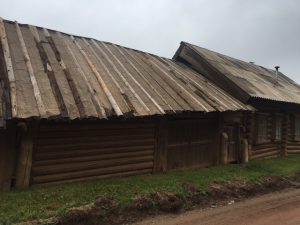